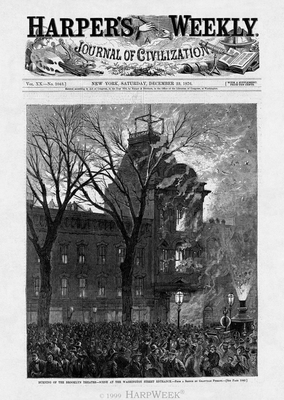 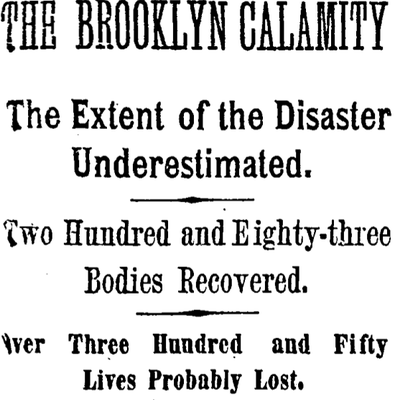 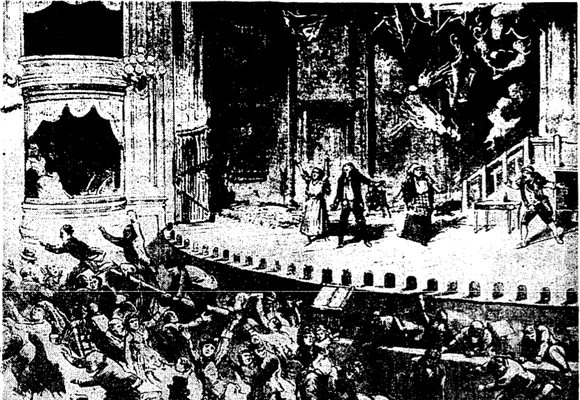 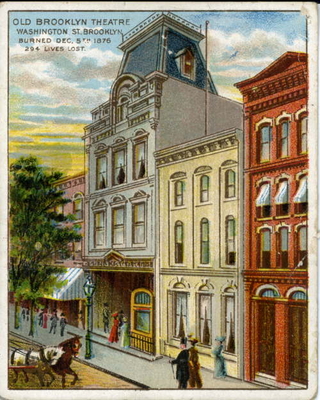 This work started in the last year of my undergraduate studies. At the time, I had to complete a project whereby I put together stories of five victims of the Brooklyn Theater Fire. Although I started the course without much interest, soon I found myself engulfed in the research process, which would eventually lead me to my current love: genealogy. After graduation, I kept coming back to the project, each time adding a name, a record, a family chart.

On December 5, 1876, during the last act of the play “Two Orphans” in the Brooklyn Theater, curtains on the stage caught on fire. The audience consisted of over 1000 visitors, of whom almost 300 burned on that fateful evening. Majority of the victims were young men between the ages of 15 to 20, who were the sole breadwinners of their families. Many who perished left behind families. Having relied on the support of the victims for their daily sustenance families were left in destitute for many years to come. Among the victims were also several members of a single family, which brought even more sever hardships for the surviving members. Number of the victims were old enough to have served in the Civil War, survived bloody battles only to be engulfed by fire in Brooklyn Theater.

Exact number of victims varies from source to source; 278 death certificates were issued by the coroner. In the chaos that ensued after the fire, it was hard to identify many of the victims. Majority of them were buried in several cemeteries of Brooklyn, some in Queens, and the rest, those whose families could afford to do so, found their resting place outside of New York City. One hundred and one individuals of those who burned in the fire were never identified by their families, and were laid to rest in the Green-Wood Cemetery of Brooklyn.

My goal is to locate the rest of the victims. I hope to create an individual profile of every victim whose identity was known at the time of their burial. The profiles will consist of every known document that shows existence of the victims of Brooklyn Theater Fire, including but not limited to birth and marriage certificates, census and military records, immigration and employment records, and many more.

In December of 2016, with support of some friends, the online memorial was launched – BrooklynTheaterFire1876.com